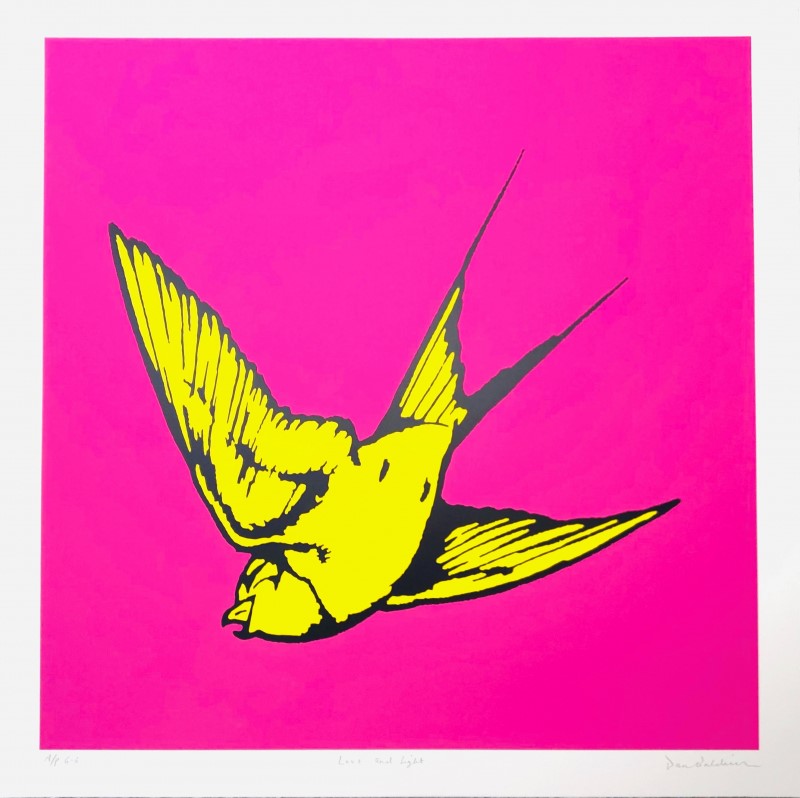 
An exhibition of prints and works on paper at CCA Galleries International - see the online catalogue at Dan Baldwin: Works on Paper

Dan Baldwin is a contemporary British artist known for his kaleidoscopic paintings, prints and ceramics, often featuring a mixture of sinister and innocent imagery. Born in 1972 in Manchester, he graduated from Kent Institute of Art and Design with commendation in 1995.

In the years that followed, Dan has produced book covers and album art with artists such as Paolo Nutini. He has exhibited his work internationally alongside artists including Banksy, Julian Opie, and Peter Blake and is in collections worldwide, including Damien Hirst, Petra Ecclestone and Jake Chapman. He has work in the permanent collections of the Groucho Club and the Café Royal. In 2007 Baldwin was critic’s choice on Saatchi online and his work featured in Bonham’s first urban art auction soon after. Saatchi gallery held a print retrospective of his work in 2016 and his artwork has appeared in magazines such as Vogue, Dazed & Confused and I.D.

Dan first exhibited in Jersey in 2013. CCA Galleries are delighted to be bringing him back to the island and to be showing his new limited-edition silkscreens alongside previously unseen works on paper.

The new prints, made at with us at Worton Hall Studios, see Baldwin thoroughly embracing the medium of print by working directly on the acetate and honouring one of his print idols, Andy Warhol. The work is fun and joyous and displays Baldwin’s signature love of colour in a more light hearted subject matter. We are lucky to be showing the new work alongside unseen works on paper. Dan explains ‘… from the beginning, working on paper has always been an important place to experiment with colour, composition and ideas.’

Dan Baldwin continues to create a unique and immediately recognisable vision in his prints. His work is both abstract and figurative, reflecting both reality and the world of imagination. Baldwin's subject matter is the interior of his own mind, from rumination on love, memory or philosophical issues, to an airing of opinion on politics and current affairs. The work is multi-layered, both physically (Baldwin uses glazes, diamond dust, collage and 3D media on top of his silkscreen surface) and in terms of meaning.

The motifs with which he plays often recur- skeletons, swallows, crucifixes, childrens' story book illustrations, spiders, robins, trees, knives, flowers - and are often contradictory, creating an uncomfortable and sometimes sinister paradox. Each motif has a meaning (swallows generally signify innocence for example). Symbolism is key to Baldwin's oeuvre and these symbols of death, life and love reflect Baldwin's preoccupation with the 'big questions' of human existence. 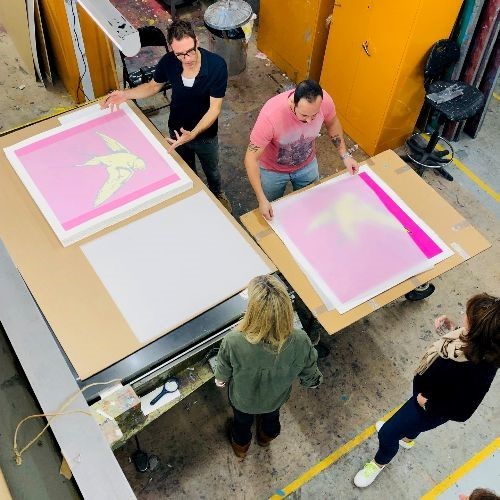 As you would expect, the book is a riot of colour, showing full colour plates of early works on paper, prints and sculpture. Sir Peter Blake comments in the forward:

‘Looking at Dan’s work is like meeting old friends for me. It looks as though at some point in our careers we used the same casting agency. I am flattered that Dan writes that he was influenced by my work. It’s fascinating to see Mickey and all the chaps used in a newer different way, and I have really enjoyed his work’.

A catalogue of the ehibition can currently be seen at Dan Baldwin: Works on Paper   Dan will be talking about the work and answering questions throghout April on the CCA Galleries International instagram. The exhibition will be availible to view at the gallery as soon as Government restrictions allow. CCA Galleries International, Royal Court Chambers, 10 Hill Street, St Helier JE2 4UA. 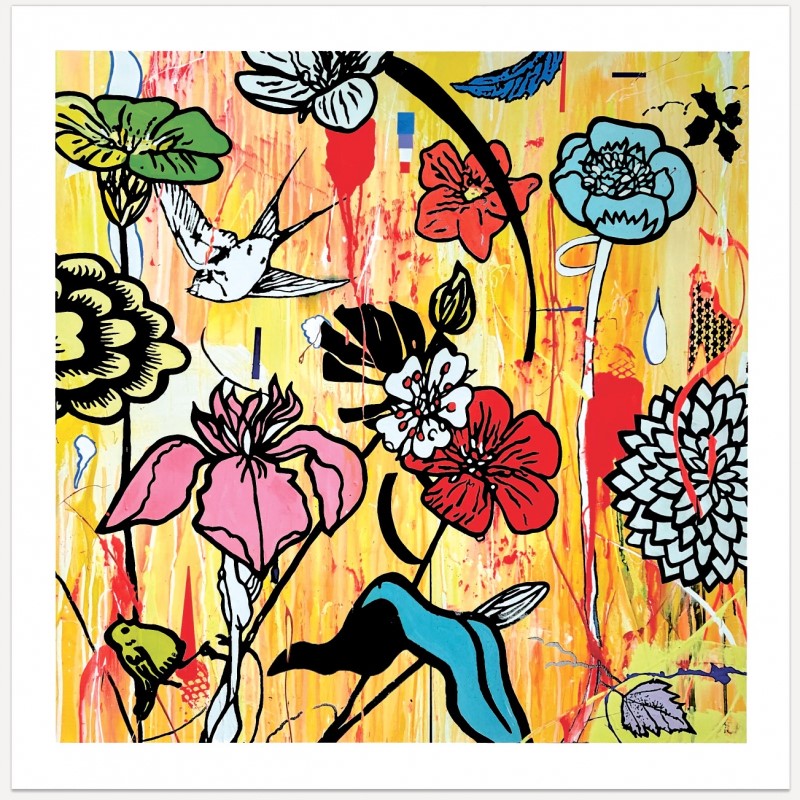