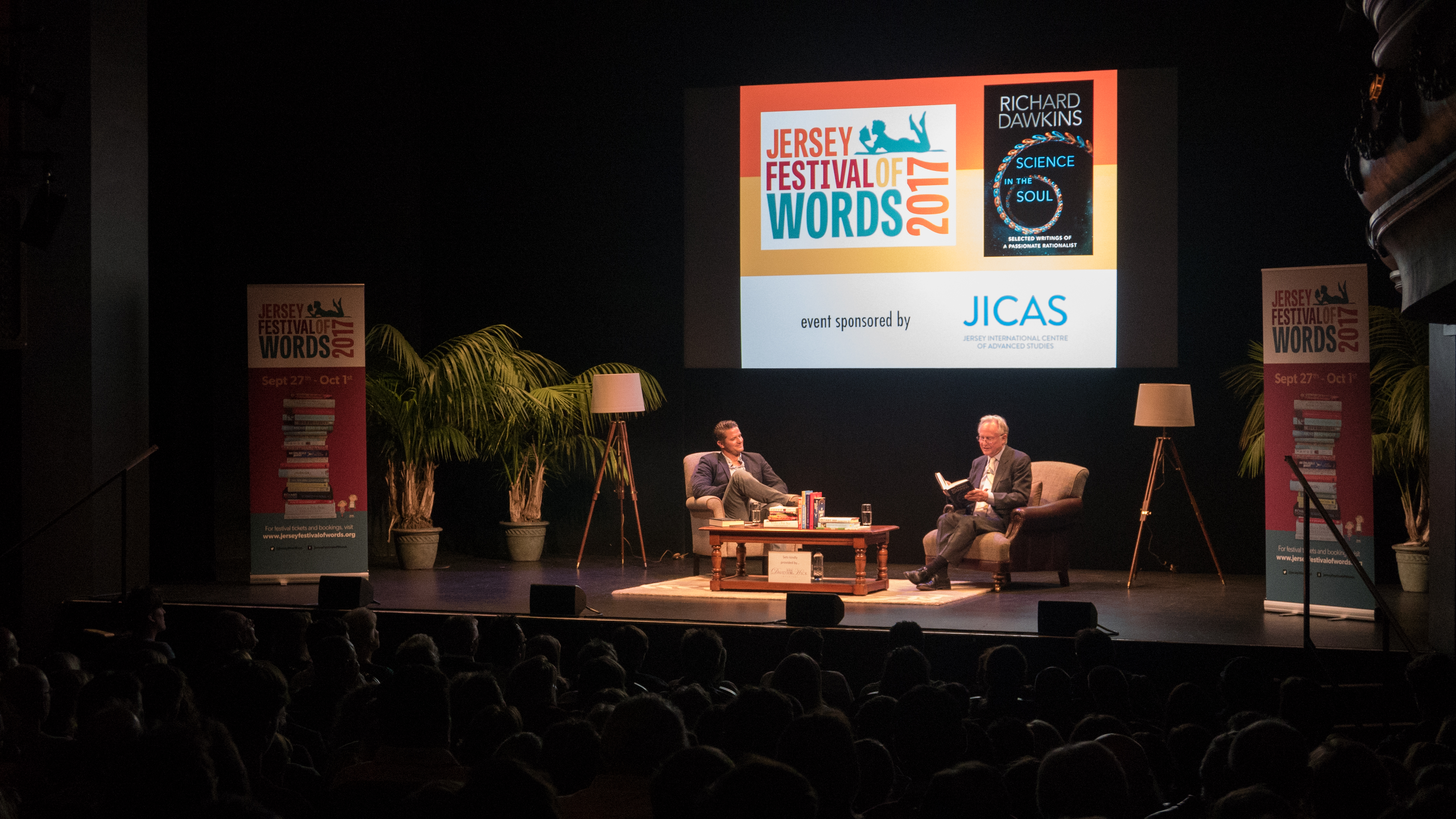 We launched the Jersey Festival of Words in 2015 as something of a leap of faith, albeit one bolstered by the belief that there was a book-shaped hole in Jersey’s otherwise rich cultural calendar and the nagging question: if there are over 300 literary festivals in towns and cities all over Britain, why not in Jersey?  By festival No.3 last autumn, it was clear that the project had moved up to a new level in all respects, including public awareness, audience numbers, variety, national reputation and attractiveness to celebrity writers in all genres. It means that we (the festival committee and its parent entity, the non-profit Jersey Literary Festival Association) can look back with pride and pleasure at a past programmes lit up by such stars as Sir Michael Murporgo, Children’s Laureate Lauren Child, best-selling fiction writers Victoria Hislop, Louis de Bernières, John Boyne and Alexander McCall Smith and big-name broadcasters Dame Jenni Murray, Greg James and Clare Balding, and forward with confidence to this year’s festival, running from 26 to 30 September, and beyond. Plans are already well under way, so keep an eye on www.jerseyfestivalofwords.org.

What makes the Jersey Festival of Words special? One thing, in a word, is Jersey. The five-day event is not just about the internationally renowned writers Island audiences would not otherwise have a chance to see and hear in person. Its aims also include the creation of a new platform for Jersey-based storytellers, poets and playwrights. Many of them are inspired by our unique culture, heritage and environment, in a virtuous circle which both celebrates those priceless treasures in new ways and, over time, might grow into a new literary tradition while also encouraging home-grown creativity in general. This is a festival which in 2017, for example, could range from a J K Rowling-endorsed Harry Potter show to a talk by Société Jersiaise librarian Bronwyn Matthews on her new translation of the medieval history Chroniques de Jersey and attract a full house for both.

The third main theme underpinning the Jersey Festival of Words is youth. There can be few memories of the first three festivals more uplifting than those of theatre seats packed with children thrilled to be introduced to books in such vivid fashion and to glimpse the whole wide world they can open up. The success of the Santander International-sponsored schools programme for all ages and the impact of brilliant Young Adult writers such as William Sutcliffe and Penny Joelson has shown that it is not just Jersey adults who are keen to encounter stories and ideas. 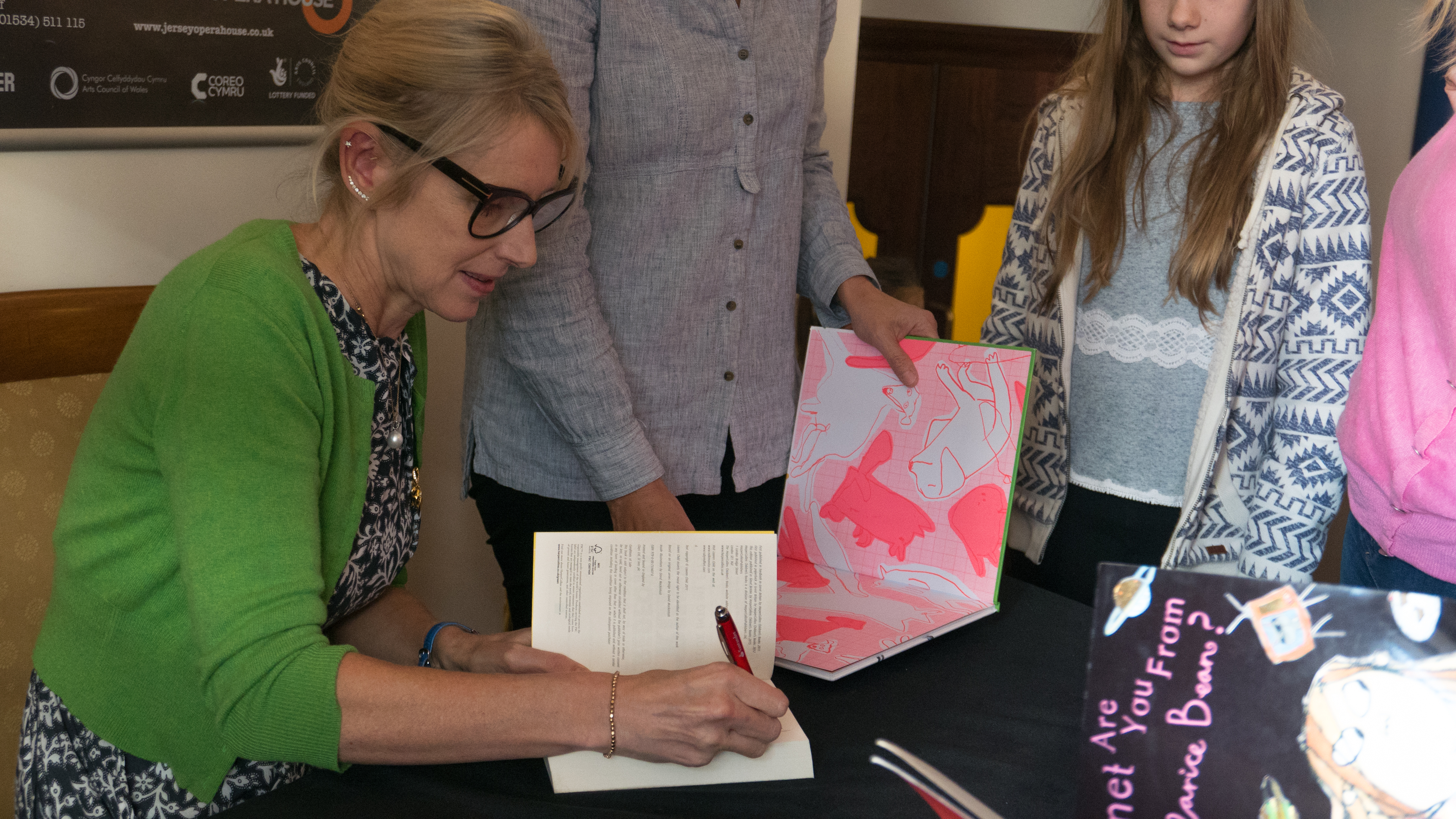 One of the many great things about the Jersey Festival of Words is that it is so flexible. Conceived as an anti-highbrow enterprise that would always aim to be inclusive, friendly and accessible to all, the festival has developed freely in a way which means it can happily accommodate celebrations of the written or spoken word in any form: fact, fiction, prose, poetry, plays, scripts, song lyrics, media old and new, talks, debates and interviews.

We can do that in different languages too, notably Jèrriais, French, Portuguese and Polish to reflect Jersey’s colourful, and increasingly important, tapestry of international links and influences. And another key factor is the ability to collaborate with partners of all kinds, be they charitable, educational, creative, commercial, Jersey-based or external. Spin-off events will be staged throughout the year, in addition to the main festival, and we hope too that there will be widening opportunities for volunteers and supporters to become more fully involved, as well as a steady increase in visiting booklovers from the other Channel Islands, the UK and Europe coming to join us.  We might tell them proudly, looking back, that the very first Jersey Festival of Words in 2015 featured that high priestess of world literature, Poet Laureate Carol Ann Duffy, who conferred a blessing on the festival and its future as she left the Opera House stage.  So far, the magic seems to be working.