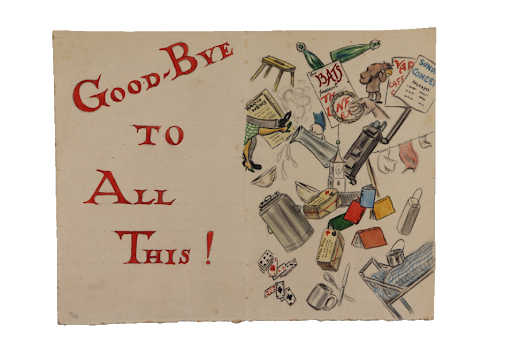 As we celebrate Liberation 75 and reflect on an extraordinarily difficult and yet defining period in Jersey’s history we remember former Librarian A.S.H Dickinson.

Dickinson was employed as Librarian at the Public Library in the Royal Square from 1934 to 1959, however, he was not only a librarian but also a talented artist who particularly delighted in depicting his friends and acquaintances as caricatures; some of which remain in Jersey Library’s collection today. 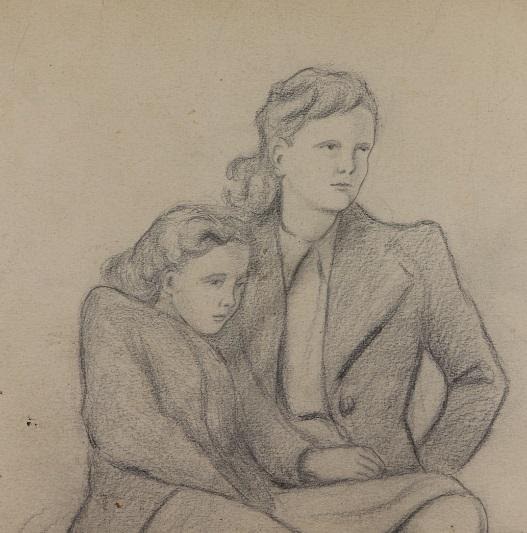 Despite the declaration of war by Britain on the 3rd of September 1939, Dickinson’s life in Jersey would have continued much as normal, with Jersey being advertised as the perfect war-time holiday destination. However as France fell to the Germans in 1940, the British Government demilitarised the Channel Islands and all military personnel, weapons and equipment were taken to England. Islanders then had to consider if they should remain in Jersey or leave their homes and livelihoods to evacuate to England. Some 6000 people chose to leave in the days before the German troops arrived, but Dickinson was not amongst them.

Dickinson continued working in the Library until 1942 when everything changed. British troops had invaded Persia, a country with a large expat German community, and German men of fighting age (18-45) were imprisoned. This infuriated Hitler and Dickinson was one of the unfortunate Channel Islanders upon whom he took his revenge. On the 15th September an order was issued stating that all British men aged 16 to 70 who were not born in the Channel Islands were to be deported to Germany. 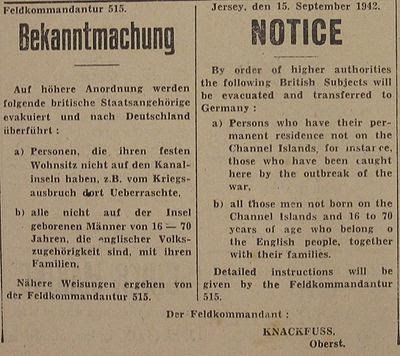 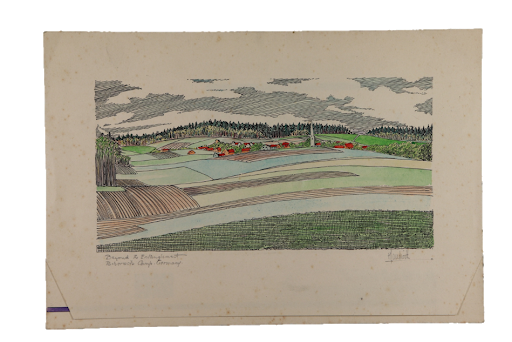 Dickinson, having been born in Plymouth,  was one of more than 2,000 Channel Islanders who were deported and he was detained for the remainder of the war in the civilian internment camp Ilag V-B, in the Southern German town of Biberach, along with many other men, woman and children from Jersey.

Most of the Jersey internees were transferred to the nearby camp at Bad Wurzach but Dickinson remained at Biberach. This was unusual for a Jerseyman as Biberach was inhabited mostly by married couples from Guernsey. ID registration documents show that he served as an Army Lieutenant in 1919 and it may be because of this he was given a particular position in Biberach. 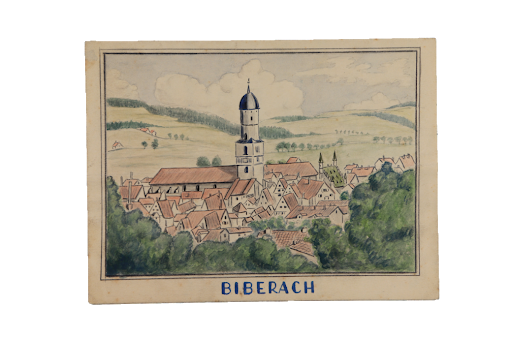 The camp at Biberach consisted of 23 barrack huts surrounded by barbed wire and watchtowers. It was overcrowded with each hut sleeping 84 people in rooms intended for 18. Men were kept separated from women and children and they were locked in the huts overnight. The facilities were basic; wooden bunk beds and straw mattresses, but there were hospital huts, a canteen, washing facilities, communal showers and even a small school. Internees in the camp had daily duties from cleaning to working in the hospital, camp barber, electrician etc. Biberach also set up a camp police force to maintain discipline and help during air raids. Whilst life in the camp was hard, Dickinson obviously had a certain degree of warm feeling towards the picturesque medieval town of Biberach itself and often painted the town and surrounding countryside on the postcards that he was allowed to send to Jersey via German “Feldpost”. 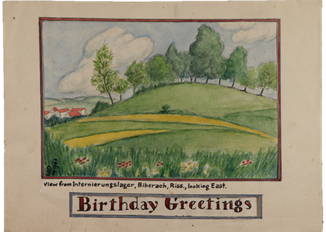 To stave off boredom and help pass the time Dickinson also continued to sketch, although now it was not humorous caricatures of friends and acquaintances but more sombre portraits of fellow internees and camp guards. 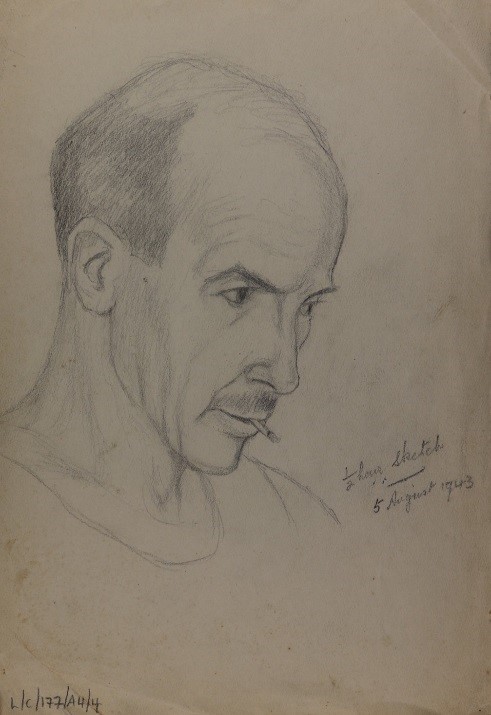 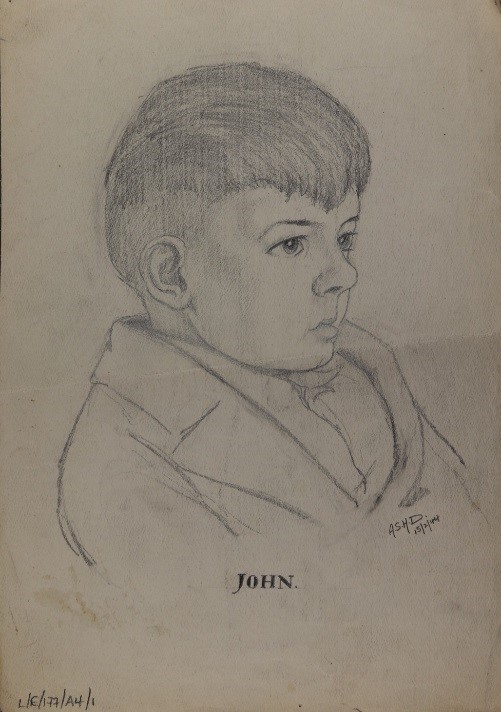 In April 1945 as the Germans retreated, Biberach town was bombed killing German civilians, and later that month French tanks could be seen on the streets. The camp itself was finally liberated by the Free French 2nd Armored Division on St Georges Day; the 23rd of April, but it would still be a while before Dickinson could return to Jersey. Eventually, he did so and continued his pre-war work of bringing Jersey Public Library into line with the modern developments of the public library service in England.

In 2020 as we celebrate Liberation 75 and the freedom that we all enjoy as a result, it is with pride that I look back at the life of a fellow librarian who played a part in shaping the Island’s history.